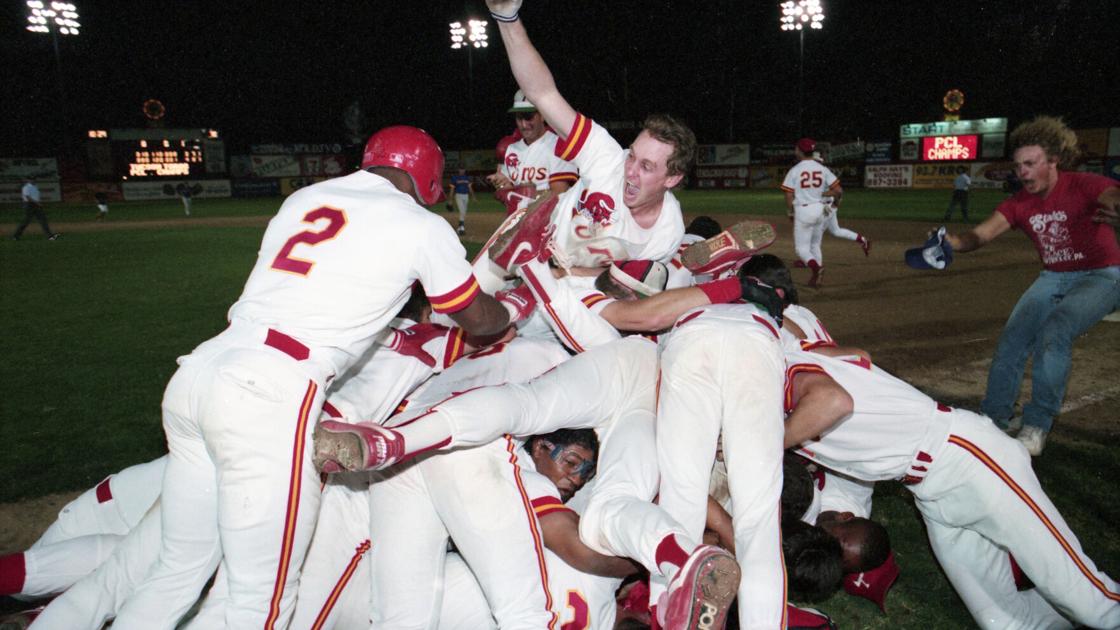 It took the 1991 Tucson Toros 147 days to play 148 games, and almost every night the Toros would be introduced to a new player in the clubhouse: one who had been sent down from the parent Houston Astros or called up from Double-A Jackson Generals, or those acquired from other organizations as sort of a “last chance” opportunity.

The club made 128 player transactions in ‘91, and the only constants in the starting lineup from Game 1 to Game 148 were center fielder Kenny Lofton and right fielder Eric Anthony.

About the only others to see every game of the epic 1991 season were manager Bob Skinner, pitching coach Brent Strom, general manager Mike Feder and radio announcer Vince Controneo.

The ‘91 Toros were a real-life version of the movie “Bull Durham,” capped by two of the most unforgettable baseball games in Tucson history.

To put the ‘91 Toros in perspective, they spent most of the 1980s in or near the Pacific Coast League cellar. It was a there’s-no-joy-in-Mudville franchise. But in 1988, Chicago real estate developer Rick Holtzman bought the Toros for $3.4 million, changed the team’s colors, logos, hired a new GM and insisted on hiring a manager with a recognizable baseball name.

The Tucson Toros beat the visiting Calgary Cannons in the winner-take-all Game 5 of the 1991 Pacific Coast League finals, delivering the franchise its first of two league championships.

Among the 45 players deployed by the ‘91 Toros were former Arizona Wildcats infielders Casey Candaele and Dave Rohde, ex-Wildcat pitcher Ed Vosberg and Lofton, who had been the UA’s starting point guard on Lute Olson’s No. 1-ranked 1989 basketball team.

After two building seasons, Skinner managed the Toros to the 1991 PCL playoffs with a 79-61 record, its best in 11 seasons. Attendance soared, climbing from 186,270 to a still-standing franchise-record 317,347.

Qualifying for the PCL playoffs for the first time in more than a decade, the Toros were first assigned a best-of-five series against Colorado Springs. In Game 4, at Hi Corbett Field, Holtzman listened over the phone from his real estate office in Chicago.

It wasn’t cheap; 30 years ago a long-distance call from Chicago to Tucson to hear the KTKT-AM radio play-by-play, cost close to $100 for a three-hour game. But Holtzman was rewarded: Anthony hit a 3-run homer in the bottom of the ninth to advance the Toros to the finals against the Calgary Cannons.

It final series didn’t look good. Calgary won the first two in the best-of-five series, which returned to Tucson for Game 3.

Tucson won Game 4, forcing a winner-take-all showdown on a Friday night at Hi Corbett Field. Among the crowd were ex-Wildcat basketball legend Steve Kerr and Tucson mayor Tom Volgy. This time, Holtzman, the owner, flew to Tucson for the game.

A sellout crowd of 8,919 squeezed into the ballpark. Feder famously said he thought he “might’ve been able to sell 30,000 tickets” had capacity allowed.

Predictably, as if on a movie script, the game was tied with one out in the bottom of the ninth as Lofton, the hometown hero, stepped to the plate with pinch-runner Trinidad Hubbard on first. The crowd stood and cheered.

Lofton, who hit .308 with 40 stolen bases and 18 triples, hit a line shot down the first base line that ricocheted off the first baseman’s leg. He was safe. The drama intensified.

The next batter was career-minor leaguer Joe Mikulik, who had only been summoned to the Tucson roster as playoff insurance two weeks earlier. He lined a single to right field as Hubbard scored with a head-first slide.

The celebration began instantly. The Toros’ champagne shower moved from the field to the clubhouse. Commemorative “PCL champs, 1991” T-shirts immediately went on sale to fans who stood 20-deep in lines almost until midnight.

Kenny Lofton of the Tucson Toros holds up the PCL championship trophy.

“With us being a dormant franchise for so long, this is beautiful,” said Strom, the pitching coach who had played for the Toros in the 1970s and lived in Tucson for more than a decade.

Said Feder: “This is a major turning point in the franchise, a gigantic step.”

He was correct. Tucson drew more than 300,000 fans for each of the next five seasons and won the 1993 PCL championship, leading to an affiliation with the expansion Arizona Diamondbacks in 1998 and the move to a new facility, Tucson Electric Park.