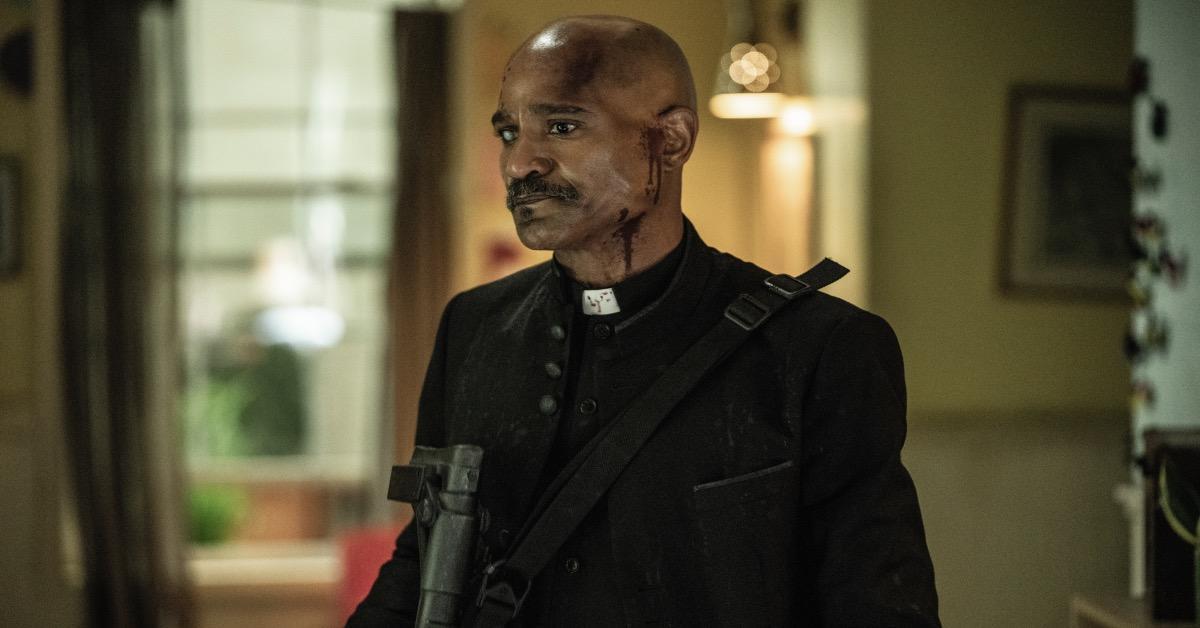 Warning: this story contains spoilers for The Walking Dead series finale. “People remember the last thing that you do,” preached Father Gabriel (Seth Gilliam) on the final episodes of The Walking Dead. “The end of each story is very important. How do you want yours to end?” For Father Gabriel Stokes, the answer brought the priest’s story full circle in Sunday’s “Rest in Peace” series finale of The Walking Dead. “It was really exciting, and humbling, and a little terrifying as well,” says the actor who has played Gabriel since the Season 5 episode “Strangers” in 2014.

Governor Pamela Milton (Laila Robins) abandoned thousands of the Commonwealth’s citizens to die, locking the living out of her gated community as an invading walker herd overran the city’s lower wards. Despite warnings that Governor Milton’s army would shoot anyone who opened the gates, Father Gabriel stepped into the line of fire, telling the troopers: “We’re opening the gate and letting these people in. I’ll kill anyone who tries to stop me.”

It was a one-eighty for the once-cowardly priest who locked parishioners out of his church, condemning his congregation to die so that he could live.

“There were so many of them and they were trying to pry the shutters and banging on the sidings, screaming at me,” a tearful Gabriel confessed in “Four Walls and a Roof.” “And so the dead came for them. Women, children. Entire families calling my name as they were torn apart, begging me for mercy… Damning me to hell.”

In the end, Gabriel did not hesitate to save the mob of Commonwealth citizens begging at the gate for mercy as the dead came for them. For Gilliam, who long outlived his comic book counterpart, it was a payoff six seasons in the making.

“It was really exciting, and humbling, and a little terrifying as well. You want to have seminal moments at anything that you do that people are gonna remember, that are a part of the story forever that can’t be cut out,” Gilliam told ComicBook‘s Brandon Davis. “But then, when you get them, you’re like, ‘Well, am I ready for it? I’ve been angling for this for a while. Am I ready for it?’”

In going from sinner to savior, Gilliam has only one regret: that Gabriel’s redemptive arc from bad priest to badass priest didn’t happen sooner.

“I think his extreme shame locking his parishioners out,” Gilliam said about the storyline he’d give a second chance. “I would’ve gotten through that a little faster and gotten to the real badass Gabriel a little sooner.”