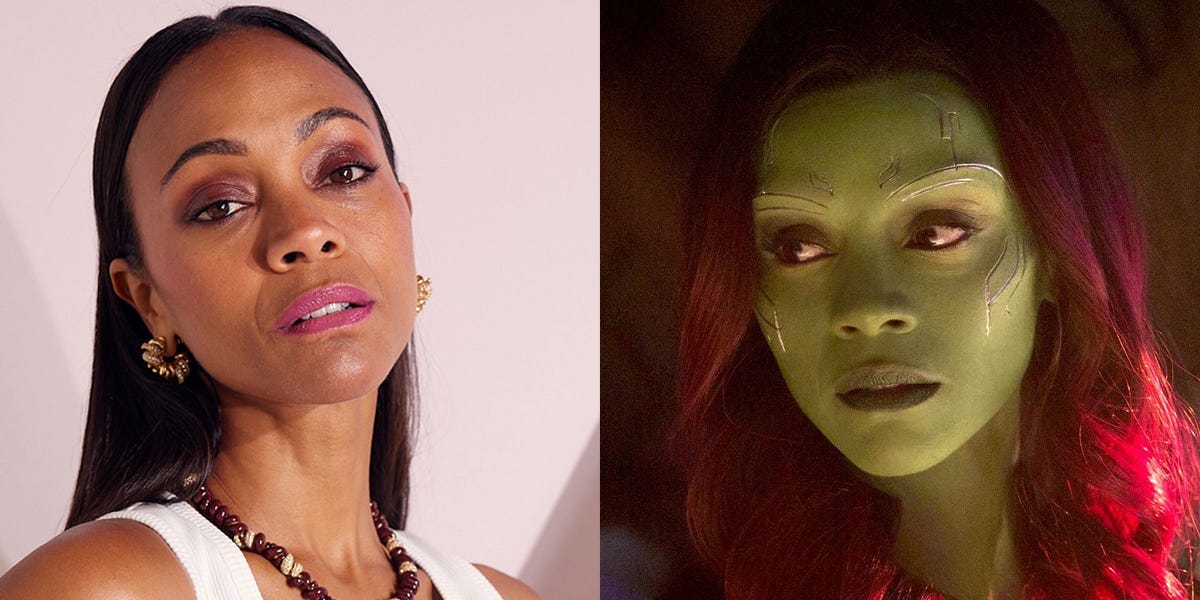 Thanks for signing up!

Access your favorite topics in a personalized feed while you’re on the go.

Zoe Saldaña said that spending a decade working on some of the biggest franchises in Hollywood led to her feeling creatively frustrated, in a new interview with the fashion industry outlet Women’s Wear Daily.

The actor’s career has flourished over the last decade and a half. However, she says she feels “artistically stuck” as a result of the success.

Saldaña spoke to the outlet ahead of “Avatar: The Way of Water,” the sequel to James Cameron’s 2009 science-fiction epic. She recognized that working on big-budget movies has meant meeting new friends in the industry as well as working on characters that mean so much to audiences. “I’m very grateful for the opportunities that they provided, from collaborating with amazing directors and getting to meet cast members that I consider friends and getting to play a role that fans, especially children, love,” she said.

But she also said that the nature of these movies means she can’t experiment or grow with her performance and explained that the period been creatively difficult for her. “I feel that for the last 10 years of my life, I’ve been just stuck. I felt stuck doing these franchises,” she said.

Saldaña added, “It also meant that I felt artistically stuck in my craft of not being able to expand or grow or challenge myself by playing different sorts of genres and different roles.”

This isn’t the first time Saldaña has mentioned that she’s tired of working on big franchises; the star recently said that she wouldn’t be upset if she never played Marvel’s Gamora again, due to the excessive green makeup required for the role.

Saldaña went on to say that she’s grateful to work with people in the industry who don’t just want to cast the youngest stars for every big project.

“I’m so happy that I’m able to collaborate with filmmakers and producers and people in this industry that want that for women, that want women to be ageless and who don’t fetishize women’s youth. And so it’s interesting. It’s really interesting,” she said.

Saldaña rose to fame in the 2000s, and has since appeared in three of the five highest-grossing films of all time: “Avatar,” “Avengers: Infinity War”, and “Avengers: Endgame.”